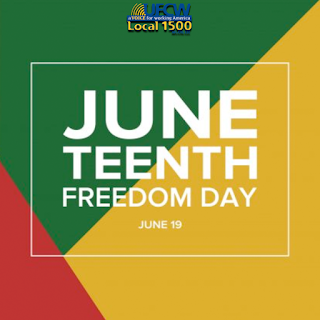 Today June 19th we commemorate Juneteenth. Juneteenth also known as Freedom Day celebrates the liberation of those who had been held as slaves in the United States.
Originally a Texas state Holiday, that celebrated the announcing of federal orders in Galveston,Texas on June 19 1865 proclaiming that all people held as slaves in Texas were free. It is now celebrated annually on the 19th of June throughout the United States, with several states giving it an official recognition.