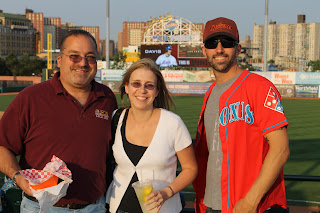 Last night we all filled the bleachers at MCU Park at Coney Island in Brooklyn to for our first annual Labor Night with the Brooklyn Cyclones!  The fun began when Local 1500 President Bruce Both threw out the first pitch!

Thank you to all who attended and made this event great and helped raise money for the Leukemia Lymphoma Society. 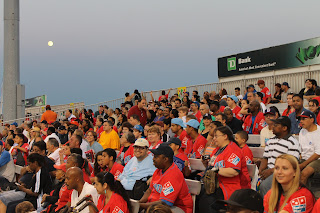 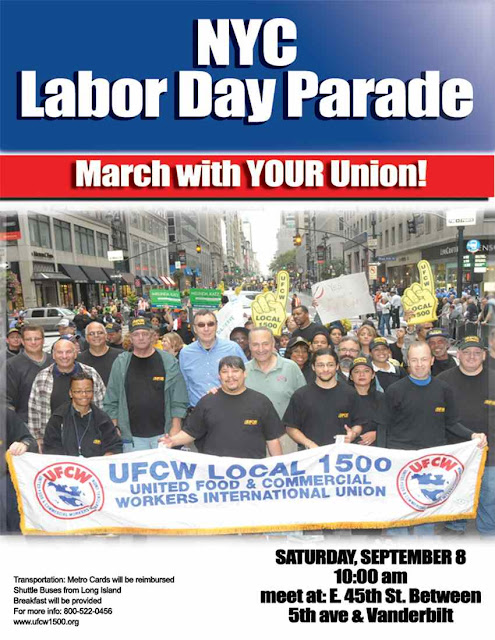 The NYC Labor Day Parade is Saturday, September 8th! March with YOUR union down 5th Avenue in New York City.  If you're a new member or haven't ever attended this wonderful day, we strongly encourage you to come down and march down the streets of Manhattan with your union brothers and sisters!  We'll be serving a light breakfast, giving out some prizes and UFCW Local 1500 gear at the event.

We're gathering at 10:00 am at East 45th Street between 5th and Vanderbilt Avenues.

Come down, and bring your family for this fun filled day marching through Manhattan!

End the Billions of Dollars in Corporate Tax Breaks

Tired of billion dollar corporations getting massive tax breaks!? Corporate subsidy abuse is so rampant, that in New York’s largest subsidy program, more than half of the corporations didn’t even create one single job.

Stand up against the billion dollar corporate tax dodgers and put this money back into good job creation.  Sign onto the petition then spread the word to your friends and coworkers!

Local 1500's Labor Night with the Brooklyn Cyclones is August 30th!  Tickets are only $5 and go straight to Leukemia and Lymphoma Society!  Come down and fill the ballpark up in solidarity! Email info@ufcw1500.org for more info or tix.

Chile adds their name to the list of countries blacklisting Walmart for labor violations.

Wondering where your grocery dollars go? Not to the farmers.  CNN does an extensive report here.


For every dollar we spend on food, only about 16 cents goes to the farmer. The other 84 cents go towards what economists call “marketing,” which refers not to commercials and advertising, but the entire chain that ensures food makes it from farm to plate.

So Mitt Romney picked Paul Ryan, need to know who Mr. Ryan is and what America he envisions? The New Republic gives a great bullet and alarming list.


Many millions of working-age Americans would lose health insurance. Senior citizens would anguish over whether to pay their rent or their medical bills, in a way they haven’t since the 1960s. Government would be so starved of resources that, by 2050, it wouldn’t have enough money for core functions like food inspections and highway maintenance. And the richest Americans would get a huge tax cut.  Read more.

Batter Up! Come on down to MCU Stadium in Coney Island and join your union brothers and sisters for the first annual Local 1500 Labor Night!  Help us fill MCU Park in Brooklyn with solidarity to watch the Brooklyn Cyclones play the Hudson Valley Renegades.

Not only are tickets an unlimited $5 per seat, but the first 3,000 fans will be getting a Red Brooklyn Cyclones Jersey! Other Local 1500 prizes will be handed out!

All Local 1500 members, family & friends are invited! You can also RSVP on Facebook. 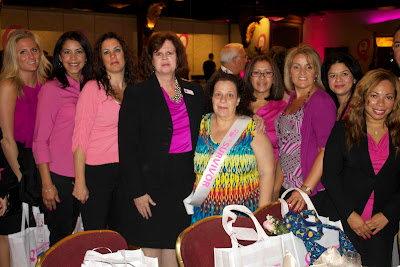 The Making Strides Against Breast Cancer Walk is at 8A M on Oct. 21, 2012 at Jones Beach Field 5.  Look for the Local 1500 tent! To volunteer, raise funds, join the team or for more info, email us info@ufcw1500.org with the words: Breast Cancer Walk in the subject line.

What 2 Read on Tuesday

The NY Observer asks, just how desperate Walmart is to get into NYC.

The world's largest ShopRite opened in PA.
In case you missed it: Senator Sanders on the six Walmart Heirs: Waltons' wealth = 40% of Americans.  vimeo.com/46837120

NELP (National Employment-Law Project) just released a report finding big companies pay the lowest wages.  Target ranked in at #4, while you guessed it, Walmart came in at #1 on the list of largest employers paying the lowest wages.

Another report on what the potential aftermath of Supervalu CEO change could mean for unions.

Unions like the Food and Commercial Workers Local 99 in Phoenix and Tucson have been spurred by the law to negotiate contract language that requires employers to notify the union at the same time as they notify the member of any immigration-related actions taken against them, giving them time to find legal counsel. In addition the union has also secured a 90-day window for the worker to make sure documents are up to date

Sticking Up for Union Contracts 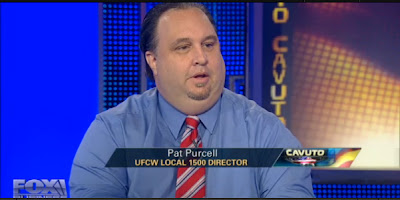 Our own Assistant to the President, Pat Purcell, was a guest on Fox Business News' Cavuto Show last night, discussing the importance of union contracts.   On privatizing industries, Purcell had a great quote, paraphrasing Astronaut's Alan Shepard's line "What worries me is going to the moon in a rocket that was built by the lowest bidder."

What to Read on Thursday Afternoon:

Report: Foul Ball, Walmart is potentially eying a site across the street from Citi Field.

The Gothamist is reporting that the initial report of Walmart @ Citi has no merit.

The community in Windsor Terrace, Brooklyn, has been fighting against a Walgreens replacing their only grocery store.  Yesterday Marty Markowitz joined 200 community members protesting in front of the shuttered grocery store.


"We have shown that it is possible for many years for this community to support a supermarket here," Councilman Brad Lander, D-Park Slope, told the agitated crowd assembled near the increasingly decrepit storefront at 589 Prospect Avenue.

Working in These Times asks what the CEO change @Supervalu means for the UFCW.

Two store fronts, one owner, one year: A Key Food Superstore just opened this May in New Rochelle on Pelham Rd, now they'll rename the store to Torino Market a Taste of Italy, the store is still owned by Uncle Giuseppe's.


Target will gladly take your gay money but won't support marriage equality.  Their new marketing campaign is geared towards being "yourself" but, don't ask them to support you.

"Target is no better than Walmart," Canadian UFCW President.

Josh Eidelson of In These Times has an excellent in depth piece on the striking Palermo's Pizza workers in Wisconsin.

Stop & Shop will open their Hyde Park store in November.

The Fresh Market continues to grow, they hit a new 52-week high.


Walmart named a former KPMG exec to their board.


Last Saturday the Oregon AFL-CIO set up "Hug a Thug" tables in an Oregon park, conservatives love calling Union members "Thugs" so the Oregon AFL-CIO wanted to remind the community that these so called "Thugs" are firefighters, teachers, nurses, cops, postal workers and hundreds of people they interact with each day.

Forced to work with a broken ankle? Really?!  Check out a first hand look at what went on at a Poultry Plant in Arkansas and what brought workers together to fight for change and for a union.