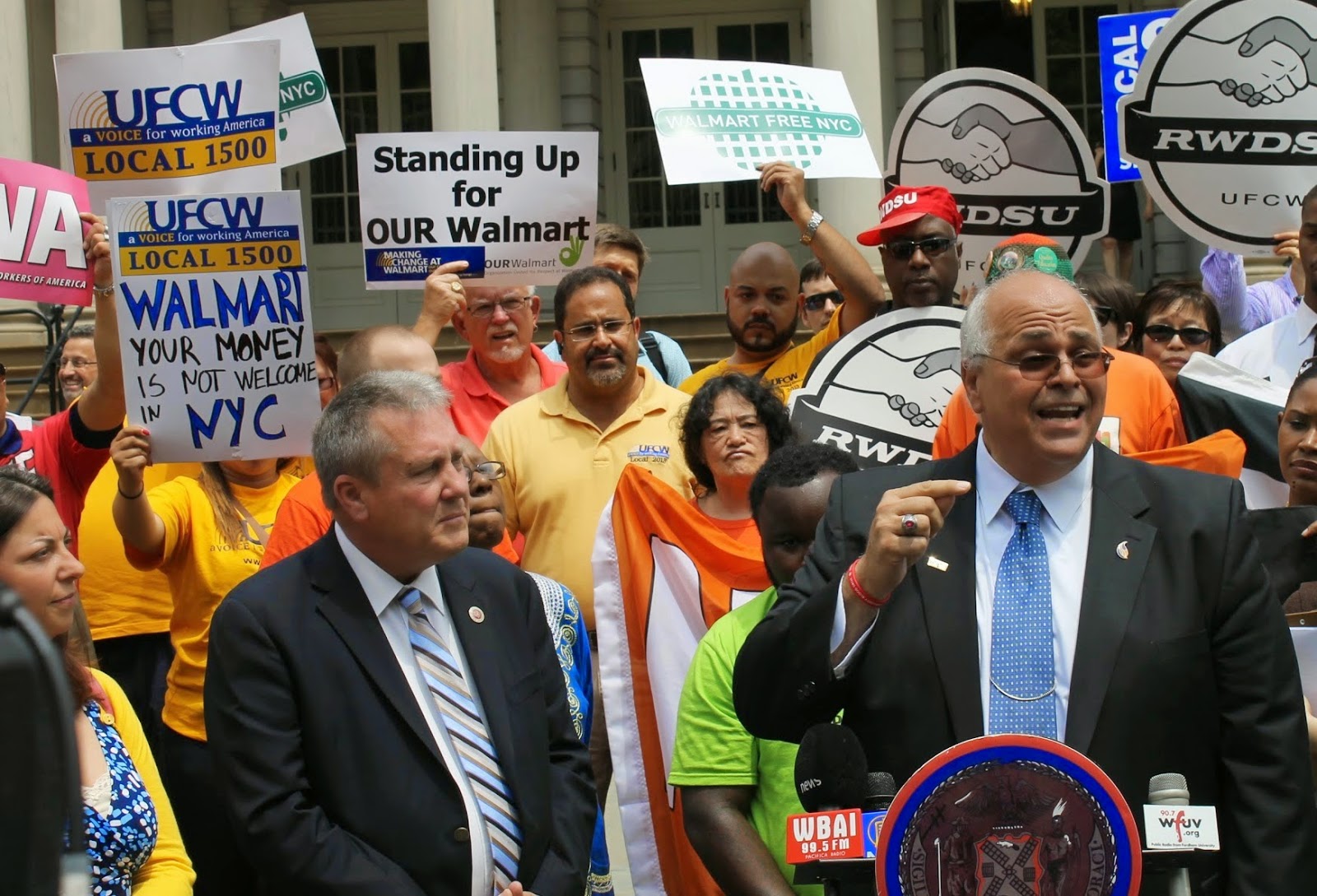 In 1894, during a time of severe economic depression and social unrest, President Grover Cleveland established Labor Day as a national holiday in an effort to appease organized labor. President Cleveland’s decision to honor America’s workers came days after he ordered federal troops to crush workers at the Pullman Palace Car Company in Chicago who were striking for better wages and workplace conditions. One hundred and twenty years after the Pullman Strike, our country is still grappling with economic and social unrest as income inequality persists and the rights of workers to stick together for better workplace conditions continues to be challenged.

Too often, workers are harassed, intimidated and sometimes fired for sticking together to bargain for better wages and benefits. While discriminating against workers who want to organize is against the law, too many employers would rather pay fines under the National Labor Relations Act (NLRA) than allow for a process that lets workers choose a union freely and fairly. For many employers, these minimal penalties are not a deterrent, but rather the cost of doing business.

We all saw this first hand at Mrs. Green’s Natural Market in Mt. Kisco, where workers were unlawfully fired for their interest in joining a union. After six months on a picket line, the workers finally returned to work after the company caved to community and political support. Make no mistake, if it wasn’t for community support this would not have happened. We need to continue to hold employers accountable, and I thank you for supporting these brave workers at Mrs. Green’s Natural Market.

That’s why UFCW Local 1500 supports the Employee Empowerment Act (H.R. 5280), new legislation recently introduced by Representatives Keith Ellison (D-Minn.) and John Lewis (D-Ga.), which would amend the NLRA to give victims of labor discrimination the same protections available under the 1964 Civil Rights Act. Currently, back pay is the only remedy available to these workers. Passage of this legislation would give victims the right to sue for compensatory and punitive damages in federal court, ensuring e
mployers are held appropriately accountable for illegal retaliation and truly discouraging anti-union activity.

When Hurricane Sandy hit New York, we were all devastated. Our 300 union members from New York City working at Fairway Market in Red Hook, Brooklyn were all displaced for months with nowhere to work after the supermarket was flooded with over five feet of water. The store closed for six months, leaving 300 men and women wondering where their next pay check would come from. The difference between a union employer and a non-union employer could not have been displayed more during those trying months. Fairway Market retained all employees and shuttled them to one of Fairway’s other 12 locations throughout the metropolitan area. The difference a union voice on the job has made the quality of life our members and our communities significantly improve. The key to economic prosperity for working people is power in numbers. More union jobs means more workers rights, better benefits and better communities. We all win.

Here in New York too many hard working men and women are struggling to stay afloat in a fragile economy.  New York flaunts itself as a progressive capital, yet our laws protecting workers and wages don’t compete with states like Vermont, Washington and Rhode Island.  All will have higher minimum wages than ours (New York’s) by January 1, 2015.  This is unacceptable. We all know first hand how expensive it is to make ends meet living in New York.

Movements like the “Fight for 15” and “Fast Food Strikes” have brought workers wages and conditions to national discussion.  McDonald’s was just at the center of a very important National Labor Relations Board (NRLB) ruling, where they argued they weren’t responsible for their 14,000 franchises treatment of workers.  The Labor Board disagreed, and found McDonald’s liable for the treatment of their workers across their franchises in America.  This was sadly an unsurprising move from today’s corporation, trying to pass the buck, make an excuse and not take responsibility for its treatment of workers.

What’s disappointing is an enormous corporation like McDonald’s, has tried to hide behind its franchisers and not do the ethical and right thing for people.   Movements like these are integral to our respect and progress in organized labor.  The national opinion on these issues is in our favor.  America wants better treatment of workers, better jobs and higher wages.  Why can’t we get it?

Narrowing the gap between the rich and poor is essential to rebuilding our economy, but that can’t happen if workers lack the power and protection to bargain for better wages and benefits. UFCW Local 1500 urges Congress to truly honor workers this Labor Day and pass the Employee Empowerment Act.

Tony Speelman is the Secretary-Treasurer of UFCW Local 1500 representing over 23,000 grocery workers based out of Westbury, NY.